After 6 fun and crazy years, the Pop Shop/(art)ificial Galleries will be retiring their names… for at least a few years. This news comes not as an economical down fall, but because of the newest addition to the Pop Shop family. My wife (Sarah) and I are expecting our first child in late September. I have made a very difficult decision to devote the time that once was “gallery time” to enjoying it with our new baby. The thoughts and goals planned for the Pop Shops future are to reopen in 3-5 years and continue its legacy. During its down time and lack of a “physical” home, the Pop Shop will become a conceptual gallery. The gallery will still plan, curate, and promote external events, and will remain quite active in the Cleveland arts. The Pop Shop Picture frame shop will STILL be available (17016 Madison) to aid in your custom framing needs. (We’re still around if you want to say hello.)
Have no fear on Cleveland losing another gallery. Arrangements have been made to pass the buck and support to two of the Pop Shop’s longest supporters and artists. Sean and Kristen Burns will be taking over and bringing Break Neck Gallery (http://www.facebook.com/pages/Breakneck-Gallery/187820891266681) in August to the Pop Shop/(art)ificial Space. Please visit their facebook page, and see what they have planned for their grand openings! I expect nothing but great things with Sean and Kristen’s decision to take the over the space. I’m confident that their galleries will become the front runner for the Cleveland Scene in very little time.
Please join the Pop Shop Gallery as it houses its last few shows (June 18th – The $50 Show, July 9th- Avenging Cleveland/Midnights on Oak, and Aug 20th – Who the Hell is Josh Usmani?) this summer. At this time the gallery will only be reviewing work for the $50 show and Avenging Cleveland. Other submissions will be directed to Break Neck Gallery. The Pop Shop would like to thank everyone who has helped support the arts, the community, and local businesses like itself. Art is and has been a very important factor in my life for many years. I strive to keep art growing in the Cleveland area and I hope you will too. Thank you. See you again in a few years. R!ch Cihlar

To contact BreakNeck Gallery (for submissions) email Sean@breakneckgallery.com or call 216.233.3326 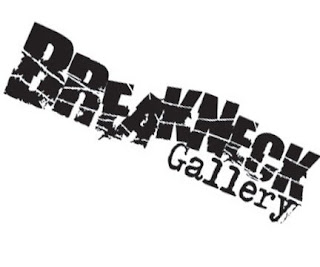 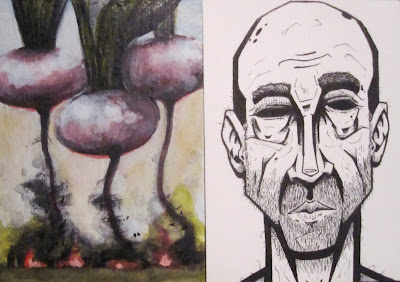 Posted by popshopgallery at Wednesday, April 13, 2011 No comments: 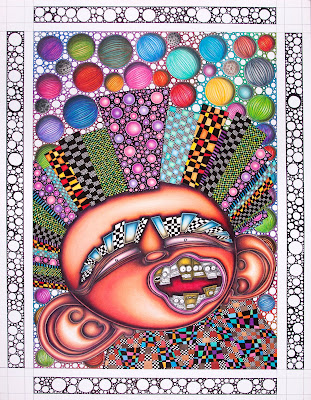 It's a valid question...and why should you care for that matter? 4 years ago, I quit my job, ruined my credit and disappointed countless family members. I realized I was an artist. Don't worry, it's not contagious.
Posted by popshopgallery at Wednesday, April 13, 2011 1 comment: 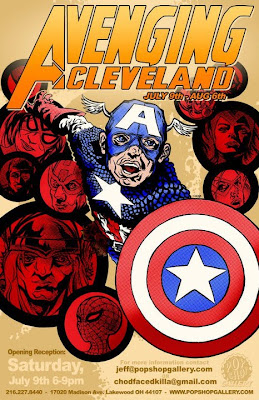 With the Avengers movie set to begin its Cleveland principal photography in August and announcement of casting calls well underway, the excitement for this momentous event in our city’s legacy is palpable. For the first time, multiple blockbuster films will be combined into a single cinematic experience, an experience in which the city of Cleveland will play a large part. To this end we, in collaboration with over 25 Cleveland based artists have created a multitude of artworks both inspired by and paying homage to the Marvel Comics super hero team, The Avengers.

Curated by local artists Jeff Hulligan and CHOD, Avenging Cleveland promises to showcase a collection of homegrown talents including Derek Hess, Bob Peck and Joe Ayala. Each bringing their own unique take on such iconic Marvel characters as Captain American and Iron Man. Plus, with the Avengers rooster boasting over 100 strong, it’s fair to say that this show will have faces both familiar and obscure, heroic and villainous

The show will also be sponsored by the renowned Cleveland area comic retailer, Carol and John’s Comic Book Shop who have donated a multitude of comic paraphernalia in support of this amazing event.

In addition this show also marks the end of an era as it will be the grand finale event for the Pop Shop Gallery. However their creative spirit will live on as the space will be reborn under new management as Breakneck Gallery in August of this year.

All the art in this one night extravaganza is a cool $50. Come early get great stuff, come late and get nothing! The show is from 6-9pm. An adult after party will be held at Mullen's (located next to the gallery) for all guests with drink specials.
Posted by popshopgallery at Thursday, April 07, 2011 No comments: 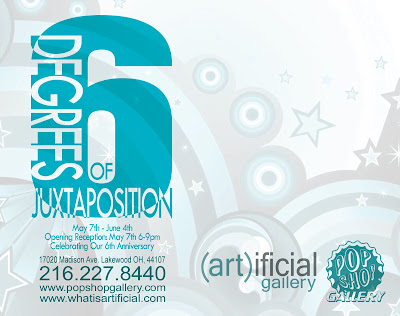 6 years of the Pop Shop Gallery, can you believe it? The Pop Shop turns 6 years old this may, and we’re celebrating with a show! Saturday May 7th, from 6-9pm guests can see how the Pop Shop has evolved from the beginning. Over 20 artists, many that started from the beginning, will be on hand with their works to showcase this event. Stop out and see how many degrees of juxtaposition you are from the Pop Shop.
Posted by popshopgallery at Thursday, April 07, 2011 No comments: 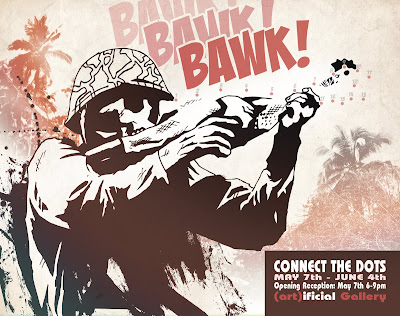 Connect the dots, la, la, la, la… Also opening on May 7th in (art)ificial gallery is an exhibition entitled Connect the Dots. A “rad” exhibit inspired by pop art, 80’s and 90’s pop culture, and all the fun us children of the X and Y generations remember as our youth. Featured artists are R!ch Cihlar, Jeff Hulligan, and Joss Parker.
Posted by popshopgallery at Thursday, April 07, 2011 No comments: